The St. Michael’s Home Regatta – Sunday the 2nd of June

We are delighted to welcome our friends and competitors from the East Coast Rowing Council:

Portaloo facilities/Food/Refreshments
Presentation of medals after the last race

We are proud to have the support of wonderful sponsors for this event which will be watched by hundreds of spectators. Thank you to everyone who cares and believes in the Michaels! We could not do it without you:

Thank you to Dún Laoghaire-Rathdown County Council for their continued support.

Thank you to Milano’s Dun Laoghaire, Gourmet Food Parlour and O’Briens Wine for supporting us for the event.

We are honoured to have boat maker Louis Hunkin present for the regatta. Join us for this event of traditional Irish skiff rowing.

Some of our Celtic Challenge crews on their way to Wales

***TUNE IN, READ ON and FOLLOW US***
Don’t miss out on hearing the St. Michael’s talk about our upcoming Celtic Challenge Adventure in support of the RNLI and our club.
Interview in Women in Sport, Irish Times – Johnny Watterson
Many thanks again to Suzanne Doyle who made this possible for us.

For those wishing to follow the progress of the Challenge during the 3-6 May Bank holiday, we will be using the YB Tracking application – link below – which will go live closer to the date.
https://www.ybtracking.com/race-app.php
You can support us by donating to:
https://www.ifundraise.ie/1141_st-michael-s-rowing-club--dun-laoghaire.html?fbclid=IwAR17Iu4mRDkS1TzxW8_5L9pVinS80sqttn84S-f8nKNFJEUk2Jcfjs_HQAM
Irish Times Women’s Podcast with Roisin Ingle –
https://www.irishtimes.com/life-and-style/people/the-women-s-podcast

This May bank holiday weekend (3rd to 6th of May), St. Michael’s Rowing Club Dún Laoghaire will participate in the world’s longest true rowing race, the Celtic Challenge, making their way from Arklow to Aberystwyth on the Welsh coast, weather permitting. It will be the eighth time that the club has participated in the Celtic Challenge. Two crews from Dún Laoghaire will attempt to row 90 nautical miles across the Irish Sea in aid of the RNLI. An all female crew in a Celtic Longboat, captained by Nicola Fitzgerald, and a mixed crew made of 8 men and 4 women in a traditional east coast wooden skiff, captained by Stephen Ring.

The crews will be accompanied by one support boat and one rib each, which will help guide the rowers as they make their south easterly journey. Besides rowing, the crews have undergone intensive training with maritime experts, such as man-overboard drills and first aid courses.

This year, the stakes are high for the 12 ladies in the Celtic Longboat, as they enter as defending champions, having won their category in 2017.Nicola Fitzgerald, Captain of the all female crew, said: “We have put together a very strong and determined crew, eager to prove itself. We’ve been training hard for the past five months, on and off the water, and we are delighted to have the support of everyone in the club as we attempt to be the first to cross the finish line and bring the ladies’ trophy to Ireland again.’

The Celtic Challenge has a special place in the heart of the club’s Chairperson, James Tedd, a native of Aberystwyth. James Tedd said:“We have been very happy to see the Spirit of the Challenge trophy head to Dún Laoghaire three times already. Our mission as a club is to keep traditional Irish skiff rowing – passed on to us by the hobblers of old – alive and strong. So we take great pride in seeing the St. Michael wooden skiff, built in 1999, make its way across the sea once more, a welcome testimony to what the challenge is all about.”

Similar to other years, crews are not exclusively made of rowers who have been in the club for a long time. Amy Smith, member of the selection committee, said: “A lot of people think that it takes a great deal of mental and physical strength to complete this challenge – which is perfectly true. But equally important, is what it takes to think like a team player and to trust each other, and when we see this mentality in rowers, we know they have what it takes to join in, whether they have been members for 6 months or 16 years.”

Gary Byrne, Captain of St. Michael’s Rowing Club – Dún Laoghaire, said: “We must keep in mind that, although this challenge is about endurance, team spirit and tenacity, but it is ultimately about supporting a good cause. We strongly feel that the RNLI is a perfect match as our charity of choice, and we are asking people to help us support them.”

App to track the race – Y B Races

St. Michael’s Rowing Club was founded in Dun Laoghaire Harbour in the early 1920s. Today the club consists of over 100 members, from all walks of life, with all abilities catered for, from complete beginners to experienced rowers. 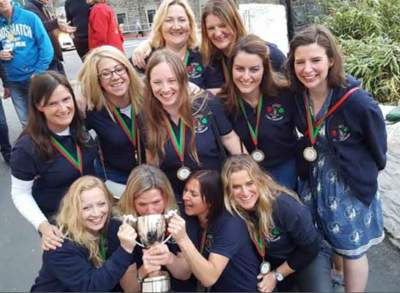 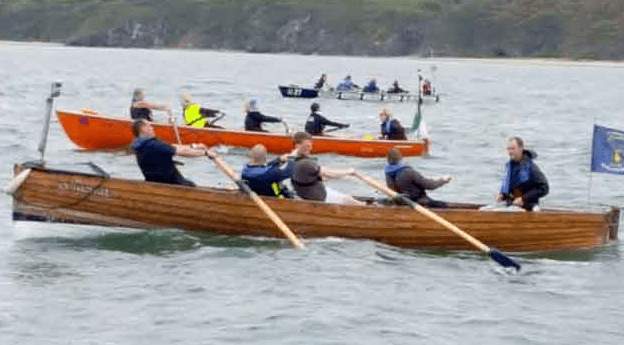 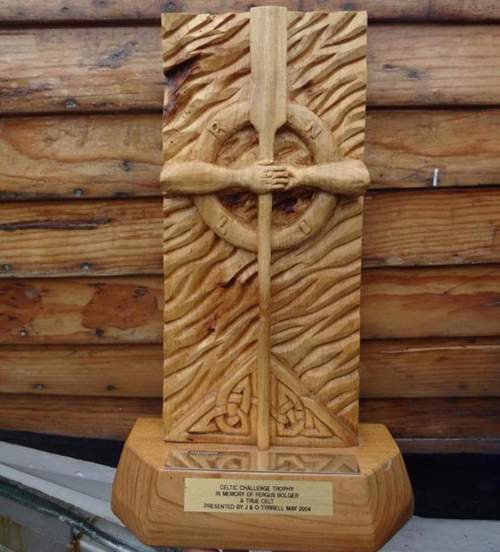