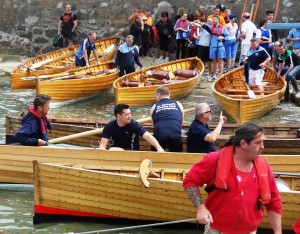 With the previous week’s Arklow Regatta having been called off due to high seas, today’s Dalkey Regatta became the first of the season. And what a change in the weather! It was a scorcher in Sandycove, and a great afternoon’s racing and relaxing on the grass for rowers and supporters alike. 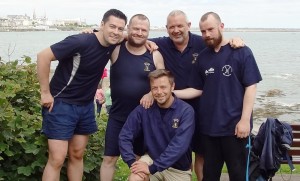 We had 10 crews competing on the day, the second highest number of all clubs. There was just one set of medals, thanks to our brand new Novice crew who came in 2nd in a hotly contested race.  Well done lads. A taste of things to come! 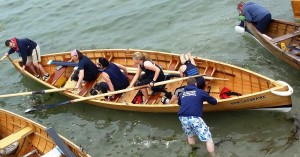 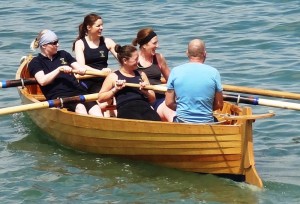 This was the first  outing for our BRAND NEW boat, and feedback from the crews rowing her was really positive.  As can be seen in this photo, the Senior Ladies were also picking up compliments about the boat from other clubs too!More pics of the day on facebook here.

Well done to all St. Michael’s crews who rowed on the day. Roll on Stella Maris next week for more of the same in Ringsend!