Home/News/Greystones AND Wicklow Regattas 2014
Previous Next 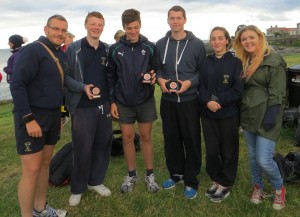 Scheduled to take their traditional slots on the August Bank Holiday Saturday and Monday, the last two regattas of the season ended up running off back-to-back. High northerly winds on Saturday forced a postponement of the Greystones Regatta to Sunday. We experienced some trailer trouble on the road from Dun Laoghaire, but our good friends and neighbours at INSS managed to get us back on the road. Heros!

Both our Under 18 girls and Under 18 boys crews maintained their podium positions from the home regatta, with solid bronze medal finishes each. Our Senior Ladies took their first trophy of the season due to a double disqualification for the heartbroken Arklow crews. Well done ladies, a bit of luck on the day, but deserved none the less! 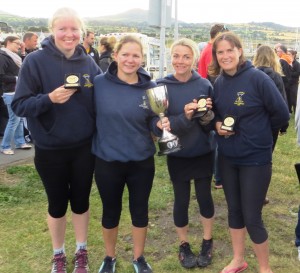 The Michael’s Senior Men took the last medals of the Day for Dun Laoghaire with a silver medal finish. A win would have kept them in the title race to the end, but nevertheless a great achievement.

While it meant our own crew missing out, it was great to see the home club lift the Junior Trophy, which they won for the first time in 36 years. The brother of the man in whose memory the cup was dedicated was on hand to say a few words. Well done Greystones. 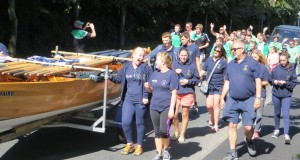 The sun shone for the annual parade of boats through Wicklow town, with the pipe band reminding everyone the big day had come. Conditions were perfect, with light to moderate southerlies and blue skies. At 97 crews, the race card was the busiest it’s been for many years. With 14 crews, St. Michael’s fielded the 2nd highest flotilla of the 9 clubs in attendance. 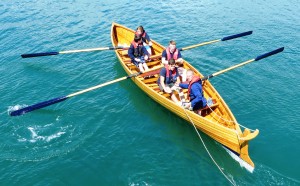 Our Under 16s kicked things off with a fantastic 3rd place finish, and their first medals of the season. Well done lads! Not to be outdone, our Under 18 boys went out and won their race, taking home the club’s only trophy of the day, and the first under-age win for St. Michael’s since the 1990s. It’s been great to see so much progress in our youth crews this season.

The battle-hardy bruisers in our Junior Men’s crew fought their way back into the medals with a 3rd place finish. Our Senior Ladies also finished out the season strong, with another set of bronze medals for their collection.

Our Senior Men suffered a setback 5 strokes off the start, with a popped spur that left them trailing by 2 boatlengths heading down the first leg. They pulled through the field and were in a battle with St. Patrick’s going into the last turn. The boys in green did just enough to hold our boys in 2nd crossing the finish line in what was an exciting race to end a fantastic season for the club and for the sport. 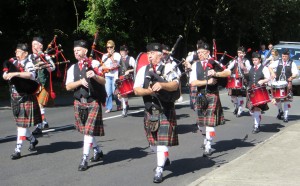 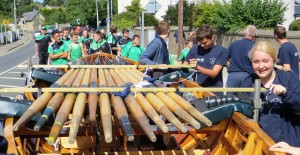 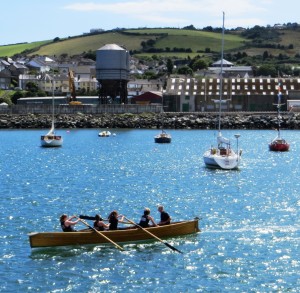 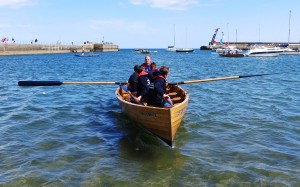