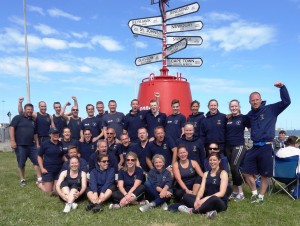 Wow! A productive day at the office in Ringsend. We had a season high of 11 crews entered, with several first-time rowers, and it was certainly worth the short trip from Dun Laoghaire. The great streak of weather continued, with another scorcher for our hosts St. Patrick’s R.C. to work with.

The early appearances came from our two Intermediate crews and our Mixed crew, which was our first ever 50% Polish crew!

Our first medals of the day came from our Junior Ladies in a packed race of 10 boats. This crew have been held just outside the medal positions all season so far, but today managed to take.. GOLD! Our 2nd Junior Ladies crew is making great progress too in their first season, and beat some great crews today.

Next for a podium finish were our Under 18 boys who took .. SILVER! We had two lads in their first ever race and a great sub from the host club. And for our ‘veteran’ rower, who is just 15, it was his first ever medal. Well done lads, you rowed great. 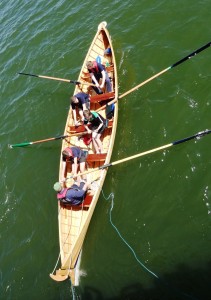 Our Junior Men were straight up next. After a last place at Dalkey and a win at Stella Maris, they were looking to cement their position as title contenders.  They had a battle on their hands with the feared ‘triplets+1’ crew of Wicklow R.C., but managed to drive on in the final 200m and take… GOLD!

Novice Men and Novice Ladies crews were up next, with the plenty of first timers in the boats. Our Ladies took a very impressive… GOLD… with a brother/sister combination in the cox’n and bow seats. 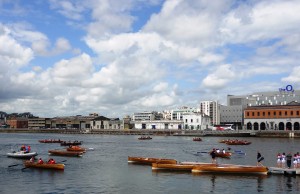 The St. Michael’s Senior Ladies were looking to better their Silver from last week and took a solid lead in the first leg. A tussle between a rope and an oar on the turn proved to be their undoing though, and they were sadly left outside the medals this week. They’ll be back!

The last race of the day saw our Senior Men take to the start ropes, with a 4th and a 3rd under their belt so far this season. Last week they lead the race into the first turn, but were pegged back in the 2nd leg. Again this week they took an early lead, under a strong challenge from Wicklow. 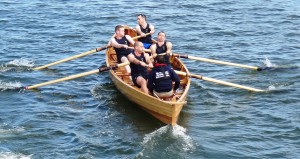 Our lads held on to the lead at the final turn as the familiar green of the home club loomed into view to make their bid. The “Dun Laoghaire” held off the challenge though, and crossed under the East Link Bridge to huge cheers, winning the “Murphy Brothers” Cup. 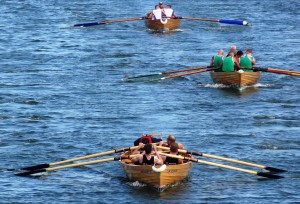 This was the first time that St. Patrick’s had been beaten in the Senior Race since 2009, and the first Senior Men’s Gold for St. Michael’s in an East Coast regatta since 1954*. This huge achievement for crew and club has served as a timely point to recognise all the hard work that has been put in across the club by all members over the years.

More pics of the day here.

(*Based on current recollections. There was a win in 1992 at Greystones in a ‘money race’, and a win that was not awarded at Wicklow before that) 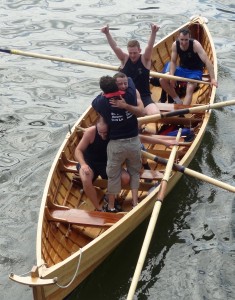 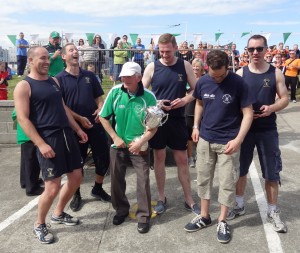